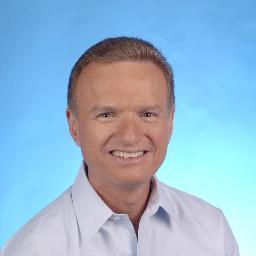 Ramón Luis Rivera Cruz was born on February 3, 1956. As a prominent member of the Puerto Rico’s New Progressive Party (PNP), he has served as mayor of Bayamón since 2001. Rivera is the first-born of a family of five brothers, into which his parents, Ramón Luis Rivera (Senior) and Angélica Cruz, instilled extraordinary moral and spiritual values. He attended the Santo Domingo School for primary school, before moving on to Papa Juan XXIII Public School. Rivera pursued university studies in Business Administration at the Regional College of Bayamón (UPR) and at the American University, graduating with high honors. As part of his professional development, he is licensed as a Real Estate broker. In 1994, he married Narel Waleska Colón, with whom he had two children, Ramón Luis III and André Efraín.

He entered the field of politics in 1972 as the PNP’s youth vice-president for the Bayamón’s 7th precinct. For the political term that started in 1976, remained a very active party member. In 1980, he served as campaign director for the former mayor Ramón Luis (Senior). Then, he stood out as a senator (PNP) for the District of Bayamón (1993-2000). During that period, he chaired important committees such as: Urban Affairs and Infrastructure, Ethics and Youth, as well as Sports and Recreation. At the same time, acted as vice chairman of the Senate Treasury Committee. He additionally served as a working member of three different boards of the Upper House related to: government / federal affairs, health / social welfare, and public security.

In the year 2000, the voters of Bayamón selected him as mayor; and to this day, he continues to garner the same levels of support in his management of the local government. Located in the San Juan metropolitan area, Bayamón is, by population, the second largest city on the island (with more than 208,000 residents). Rivera’s work is distinguished by his excellent administrative skills, recognized at both the state and federal level. The social impact of projects such as: Nuevo Amancer (literally, “New Dawn” – a rehabilitation program for the homeless); the Integral Rehabilitation of the Central District; Nacer (literally, “Emerge” or “Be Born”— a program aimed at helping pregnant teenagers to finish their studies); Baseball Training Facility (the island’s first); the Honda Tennis Center; Ciudad del Niño (literally, “Children’s City”—a day care and Head Start center); Reforestation plan; the Bayamón Riverwalk (island’s first and largest recreational trail for walking, jogging, and biking); Ciudad Dorada (literally, “Golden City”—a program for senior citizens); Landscaping plan; Golf Course (first of its kind); Volleyball Center; Engine 4 (for computer programming entrepreneurship); the School of Fine Arts; Cybernetic Centers (for educational matters); the Emergency Room of the Bayamón Health Center; the Juan Ramón Loubriel Soccer Field (first FIFA-approved soccer field on the island); and the Electronic Surveillance Center, are some of his hallmark achievements.